What happens when electrical insulation fails?

Electrical insulation is more than just a plastic polymer material that wraps wires, it is a complete cable insulation system, casing insulator, conduit space, motor and general purpose equipment. Mechanical stress, contamination, and temperature changes can cause these components to deteriorate over time, leading to current leakage.

The result is poor electrical insulation, leading to equipment failure and production line downtime. Now, no factory can survive an unplanned shutdown. "Customers need to diagnose faults quickly. No one wants to waste production time, and many customers are eager to know whether they need to repair the equipment or simply replace it. At this time, the insulation resistance tester came in.

Use an insulation resistance tester to verify the high insulation resistance between the conductor and the ground or adjacent conductor. Two common examples are testing the insulation between the motor windings and the motor base, and checking the resistance between the phase conductor and the grounding wire/cage. Before the electrical system is officially energized, the use of insulation tests to verify that it is intact can improve the performance of the system; Insulation testing can uncover manufacturing process issues and equipment defects, which can often be discovered before equipment fails. 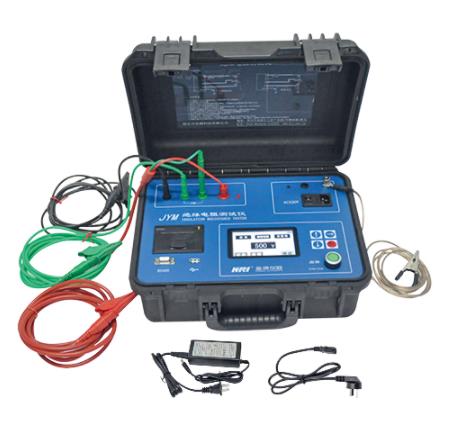 PREVIOUS：What are the most common types of protection for transformers?NEXT：What is the reason for the loud noise when the transformer is running?
RELATED NEWS