As an important device in the electric system, transformer’s safety and stability are crucial to the operation of the whole system. Magnetizing curve and hysteresis loop of the ferromagnetic materials of transformer are two important characteristics of such materials. The residual magnetic flux density of transformer core has impact on transformer in several aspects. When a transformer is put into operation, the residual magnetic flux density of its core may saturate the core and thus cause a large amount of harmonic wave in exciting current, which may not only increase the reactive power consumption of transformer, but also trigger malfunction of relevant relay protection device. Many cases of main transformer trip caused by transformer remanence are found both at home and abroad. In addition, high-saturated core may increase flux leakage and then cause violent vibration of transformer body and winding structure displacement, which thus may decrease the insulating power of transformer and influence its service life. In recent years, many incidents of idle transformer trip and abnormal chromatographic data are found both at home and abroad with all of them caused by transformer core remanence. Therefore, attention has to be paid to transformer core remanence.


At present, there are two demagnetizing methods (DC and AC) mainly used in domestic and overseas. Conventional AC degaussing device can demagnetize thoroughly, but it needs large test equipment and is more troublesome for field use. DC degaussing device generally realize demagnetization by simulating AC work state by DC current attenuation and commutation, and this method is adopted mostly by degausser manufacturers. By its own technical force, Kingrun develops a new generation transformer degaussing analyzer Transformer Demagnetization Analyzer that can not only degauss power transformer quickly, but also quantify remanence detection by using the most advanced power supply control and measurement technologies. Its original and creative remanence detection technique is initiative in China, and the analyzer is easy to read and can finish remanence detection and demagnetization simultaneously. The instrument adopts a degaussing matrix of patented technology against 3-phase transformer to once finish degaussing 3-phase transformer. 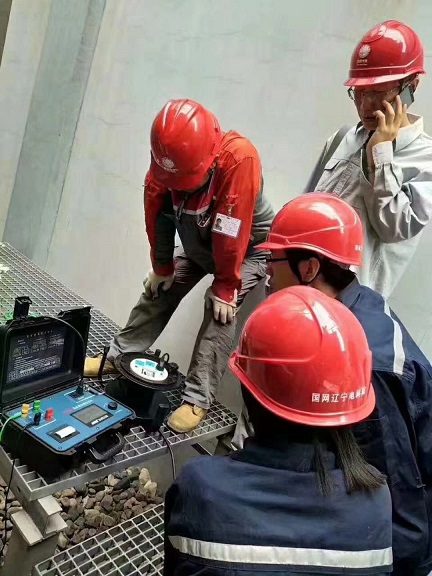