What is voltage, current, power, power factor, phase and frequency?

2.Current: The amount of charge passing through the cross-section of a conductor per unit time is called current, which is represented by the symbol I, the unit is ampere, and the letter "A" is represented.

3. Power: refers to the work done by an object in unit time, that is, power is a physical quantity that describes the speed of work. The amount of work is fixed, and the shorter the time, the greater the power value. The formula for finding power is power = work/time.

4.Power factor: In an AC circuit, the cosine of the phase difference (Φ) between the voltage and current is called the power factor, which is represented by the symbol cosΦ. In value, the power factor is the ratio of active power to apparent power.

6.Frequency: Frequency is the number of times the vibration is completed per unit time, and is a quantity that describes the frequency of the reciprocating motion of a vibrating object. It is usually expressed by the symbol f or v, and the unit is second-1. To commemorate the contribution of the German physicist Hertz, people named the unit of frequency as

7. Hertz: referred to as "Hertz". Every object has an amplitude-independent frequency determined by its own properties, called the natural frequency. The concept of frequency is not only used in mechanics and acoustics, but also in electromagnetism and radio technology. The number of times the alternating current completes periodic changes per unit time is called the frequency of the current. 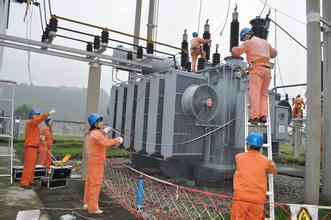