How to judge transformer failure by oil chromatography test results？

The failure of the power transformer may be due to abnormal chromatographic analysis of oil in operation or light gas protection action, or because the results of preventive tests exceed the standard. The most likely faults (defects) of the transformer are: leakage or damage of accessories such as coolers, moisture on the transformer body, overheating and discharge faults, etc.

(1) The water cooler leaks and the water leaks into the oil system, which is extremely harmful to the transformer. The air cooler is a negative pressure area on the inlet side of the oil pump, and it is easy to inhale air. Although there is no serious hazard of water leakage, it still has a large destructive effect on the ultra-high voltage (220kV and above) transformer. Air cooling and inhaling air will cause the light gas protection to continuously send signals. Although there is no obvious symptom in the chromatographic analysis of the oil, the hydrogen content in the gas gas increases significantly, indicating that the air has been decomposed in the high electric field area of the transformer. In case of continuous action of light gas protection once every tens of minutes to several hours, it should be considered to take the transformer out of operation, find the leaking part, and carry out degassing treatment.

(2) The oil pump of forced oil circulation, air cooling or water cooler will also fail due to continuous operation. For example, oil pump bearing wear, motor burnout, etc., will interfere with the chromatographic analysis of transformer oil, and should be carefully distinguished.

3. The transformer body is damp

The transformer body may be damp due to the leakage of the water cooler, the condensation of the oil pillow or the breath of the explosion-proof cylinder and the leakage of the casing cap. If damp is suspected during the inspection of the hood, a local tgδ measurement can be performed on the lead wire at the suspected part. Especially when it is difficult to determine the damp condition of the root of the casing cable lead, the measured lead wire can be covered with 10cm wide aluminum foil, the aluminum foil can be applied with a voltage of 2~3kV, and the lead wire can be connected to QS1. The Cx of the bridge is measured by tgδ. The normal tgδ should be 1% to 2%, and it can reach more than 10% when the insulation is damp.

At present, it is relatively mature to use the chromatographic analysis method of oil to judge the overheating fault. Overheating faults in transformers may occur in the following three places.

1. The conductive circuit is overheated

The dynamic and static contacts of the tap changer are in poor contact, and the static contacts and the leads are welded; the high-current terminal nose is welded or in poor contact; the multi-strand leads and the copper (aluminum) plate are poorly welded, and the few scattered strands are welded. These faults can also be found by measuring the DC resistance of the windings. Not too large abrupt changes in DC resistance (eg, less than 1%) can cause abnormal chromatographic analysis in oil and visible traces.

This discharge seriously damages the solid insulation (paper) of the transformer, and has a great impact on the safe operation of the transformer. Oil chromatographic analysis showed a certain amount of acetylene (several to tens of ppm), a small increase in total hydrocarbon content, hydrogen and carbon monoxide gas. Through the partial discharge test, it can be found that there is a large discharge (above 1000pc).

The dendritic discharge of the enclosure screen is a common insulation damage fault in the current 220kV three-phase transformer. In the middle of the interphase enclosure and at the end of the 220kV line, there are traces of dendritic discharge. There are burn marks on the long pads around the support, and the surface of the enclosure cardboard or There are traces of dendritic discharge in the interlayer. The external cause of this discharge is moisture or entering air bubbles, and the internal cause is that the distance between phases is too small, and there are long pads touching the enclosure at high field strength (short-circuiting the oil gap), etc. The manufacturer has taken corresponding improvement measures. For transformers already in operation, the enclosures and pads with effective discharge traces should be replaced, the same long pads (the middle of the winding) should be cut short, and measures should be taken to prevent air intake and moisture. .

At present, the accidents of 500kV transformers are all related to the electrification of oil flow. The cooling oil pump makes the transformer oil flow too fast, which will form a negative charge on the paper insulation, coupled with the action of the AC electric field, it is very easy to produce oil discharge, and there are dendritic discharge traces on the cardboard, which belongs to the problem of equipment manufacturing. The operation department should not blindly increase the number of coolers put into operation to prevent the oil flow rate from being too high, resulting in the problem of oil discharge. In addition, the root of the high-voltage lead insulation is broken under force, and the cable lead is kinked or broken at the point where it enters the pressure equalizing ball of the casing, which will also cause strong partial discharge and damage the insulation.

Metal foreign objects (such as copper and iron filings, rust, welding slag, etc.) in the transformer remain on the windings and insulation, which will cause poor insulation of the iron core to the ground, resulting in dendritic discharge and insulation breakdown, which must be paid attention to.

The oil-filled pipe is not exhausted, so that the casing guide rod and the inner wall of the porcelain sleeve are discharged without oil. Some transformer windings have low insulation strength, and there is breakdown discharge between turns under external overvoltage (including overvoltage when the neutral point discharge gap operates). These breakdown discharges under overvoltage trip quickly, and the fault point is not easy to find. . If the relay protection trips and the oil chromatographic analysis is abnormal, you should insist on checking the fault point, and the defect will be found. The distance between the bare lead wire inside the individual transformer and the grounding part is too small, and arc discharge will occur under external overvoltage. 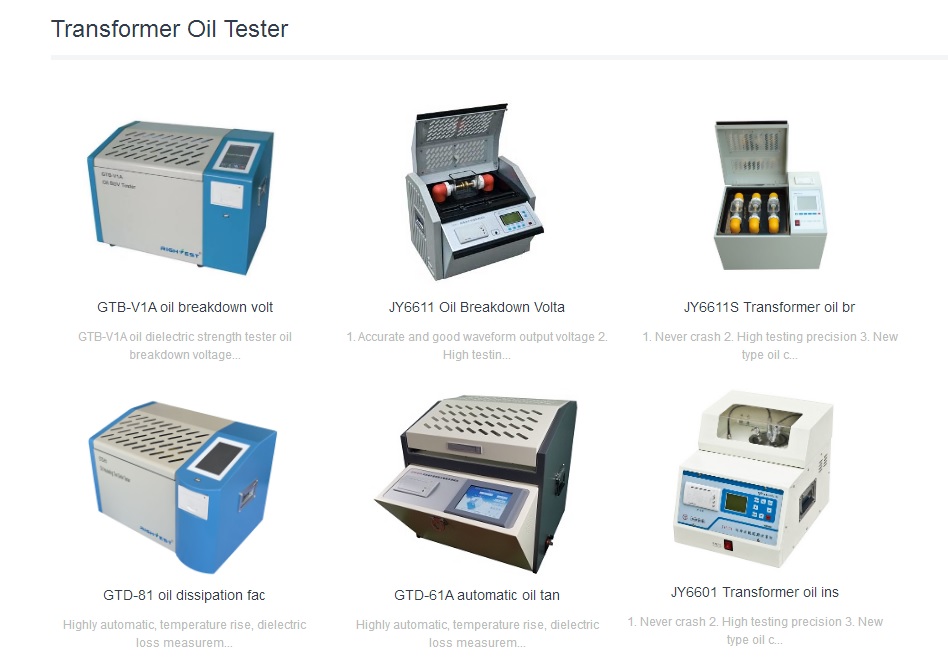