What are the parts with the highest failure rate of transformers?

The main insulation and inter-turn insulation of the transformer winding are the parts that are prone to failure. The main reason is: due to long-term overload operation, poor heat dissipation conditions, or long service life, the transformer winding insulation is aging and brittle, and the electrical strength is greatly reduced. ;The transformer has been impacted by short circuit for many times, causing the winding to be deformed by force, which hides insulation defects. Once the voltage fluctuation is encountered, the insulation may be broken down; at the reinforcement section of the high-voltage winding or the low-voltage winding part, due to the expansion of the overall insulation, the insulation is expanded. The blockage of the oil passage will affect the heat dissipation, the winding insulation will be aged due to overheating, and a breakdown short circuit will occur; due to the imperfect lightning protection facilities, insulation breakdown will occur under the action of atmospheric overvoltage.

The high-voltage side of the transformer (110kV and above) generally uses capacitor bushings, which have trachoma or cracks due to poor porcelain; the capacitor core is defective in manufacturing, and there is free discharge inside; the bushing is not well sealed, and there is oil leakage; the bushing Severe fouling may cause flashover and explosion. Common fault parts of transformers_Transformer automatic and fire accident handling.

Due to the pressure contact for a long time, there will be insufficient spring pressure and uneven roller pressure, which will reduce the effective contact area of the tap changer connection part, and the silver-plated layer of the contact part of the connection part will wear off, causing the tap changer to heat up during operation. Damage; poor contact of the tap changer, poor connection and welding of the lead wires, and can not withstand the impact of the short-circuit current, causing the tap-changer to be burned out by the short-circuit current and malfunction; switch accident

When the transformer in operation automatically trips, the operator should quickly take the following measures:

2. Check what kind of protection action the dropped card belongs to and whether the action is correct.

3. Understand whether the system is faulty and the nature of the fault.

4. If it is in the following situations and with the consent of the leader, it can be tested without inspection: the circuit breaker is tripped by accidental touch protection; the protection is tripped due to obvious malfunction; the transformer only acts for low-voltage overcurrent or time-limited overcurrent protection, and at the same time trips the transformer to the next level. If the level equipment fails and its protection does not act, and the fault has been removed, but the test transmission is only allowed once.

5. If it is a main protection action such as differential, heavy gas or current quick-break, and there is an impact phenomenon in the event of a fault, it is necessary to conduct a detailed inspection of the transformer and its system, power outage and measure the insulation. Before the cause is found, it is forbidden to put the transformer into operation Operation. It must be pointed out that regardless of whether the system has a backup power supply, it is absolutely not allowed to force the transformer.

2. Stop the cooling device from running.

3. When the main transformer and high power plant are on fire, the generator should be disconnected first.

3. According to the phenomenon when the transformer trips (such as whether there is an impact in the system, whether the voltage fluctuates), external inspection and chromatographic analysis results, determine the nature of the fault and find out the cause. Do not close the switch until the cause of the heavy gas protection action is found. Power transmission. 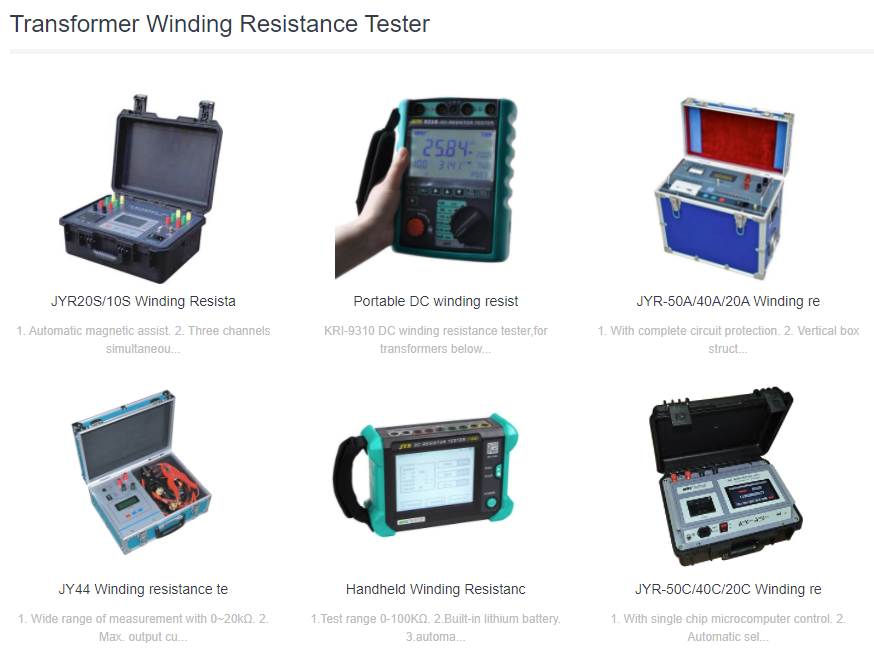