What is transformer no-load test and load test?

Note: When measuring the no-load or load loss of a large transformer, because the power factor is very low, the cosp can be less than or equal to 0.1, so a wattmeter with low power factor must be used.

3. Through the no-load test, the following defects of the transformer can be found:

a. Poor insulation between silicon steel sheets.
b. Partial short-circuit burning between the poles of the iron core and between the chips.
c. Insulation parts such as core bolts or binding steel belts, pressure plates, and upper yokes are damaged and short-circuited.
d. The silicon steel sheet in the magnetic circuit is loose, dislocated, and the gap is too large.
e. The iron core is grounded at multiple points, the coil has inter-turn, inter-layer short-circuit or parallel branch turns, and the magnetic potential is unbalanced, etc. 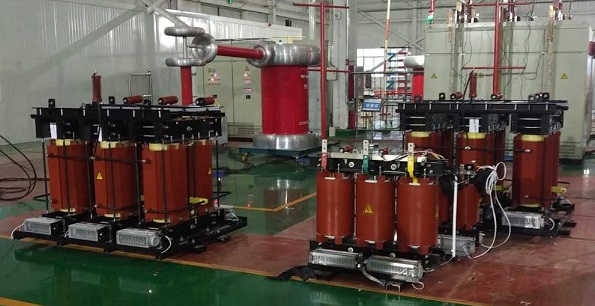 The results of the phase separation measurement are judged according to the following principles:

Analyze the relationship of no-load loss of each phase: p0ac/p0ab=p0ac/p0bc=1.26, this data is abnormal. Experience has proved that for such a large transformer, it should be normal if it is greater than 1.4. After eliminating the winding and tap changer problems, it is believed that the fault may be in the B-phase iron core, and the possibility of partial discharge cannot be ruled out.

The rated voltage phase no-load test results are as follows:

Ab excitation, bc short circuit p0ab=37.2kW, after 2 minutes, p0ab suddenly rises to 42.6kW, and gas is generated at the same time. It can be seen from the above test that when the magnetic flux passes through phase A, the loss will increase and gas will be generated. In order to determine whether the fault is in phase A, repeat the no-load test of bc excitation and ac short circuit. When the rated voltage is reached, the continuous After 30 minutes, the loss p0ab remains unchanged and no gas is produced.

1) The fault is in the A-phase magnetic circuit (including the upper and lower iron yokes between AB);

2) The original fault was in phase B, and now it is in phase A, and it appears and disappears from time to time, which proves that the fault point is movable, and it is estimated that it is a metal conductor.

After inspection, the lower iron yoke pad was knocked off, and finally the fault point was found: there was a piece of silicon steel under the AB phase lower clip winding limb, which short-circuited the iron yoke by one third. 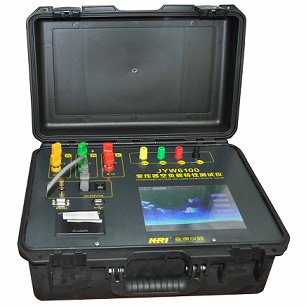