How to reduce the grounding resistance?

Add cinder, salt, charcoal powder, lime and other substances to the soil around the grounding body to improve soil conductivity. Although this method has low cost and obvious effect, its shortcomings are also more prominent. If salt is used to transform the soil, the amount of salt required for a tubular grounding body is about 30~40kg, which can reduce the grounding resistance of sandy soil to about 1/6~1/8 of the original soil. To 2/5~1/3, but in the long run, it will not only accelerate the corrosion of the grounding body, but also gradually increase the grounding resistance due to the dissolution and loss of salt: if charcoal is used, although it will not be dissolved and penetrated, the effective time will be longer. , but the effect is not good in soils with more rocks.

This method uses electrolytic earth electrodes instead of ordinary electrodes, which has a long service life and is basically suitable for all soil environments. The electrolytic earth electrode is filled with crystals of environmentally friendly compounds in a metal tube, the metal tube is buried underground, and the breathing holes on the metal tube absorb the moisture of the soil, so that the compound crystals become an electrolyte solution, which flows into the surrounding soil from the breathing holes, and forms in the soil. Electrolyte ion soil with good conductivity in sheets, in the underground of sandy soil and rock geological structure, the electrolyte can penetrate into the depth direction of sandy clay and around the rock surface, so that the original sandstone geological structure with extremely poor conductivity forms a good soil. Electrolyte conduction channel, so as to achieve the effect of reducing soil resistivity in a wide range. 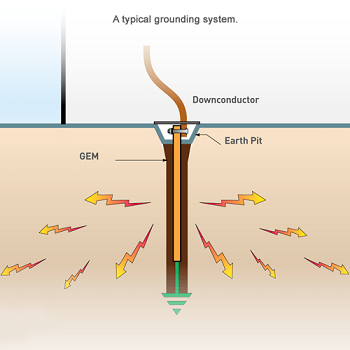 This method is suitable for environments where resistivity decreases rapidly with increasing substrate depth. By drilling holes with tools, the grounding bodies are deeply buried, and then materials such as mud or carbon slurry are poured into the holes and wells. Finally, multiple grounding bodies that have been processed in the same way are connected in parallel to form a complete grounding body.

Through the above methods, the grounding resistance can basically be effectively reduced. 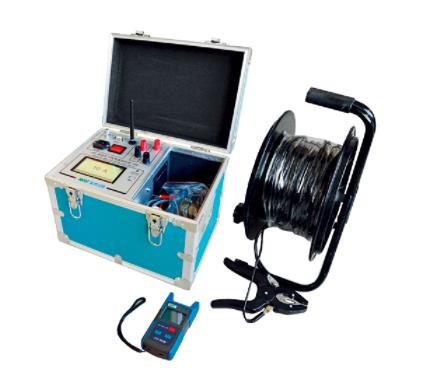